The Langstone project is an all mode Microwave transceiver covering bands from 70MHz to 5.7GHz running on a Raspberry Pi4 and the Adalm Pluto. 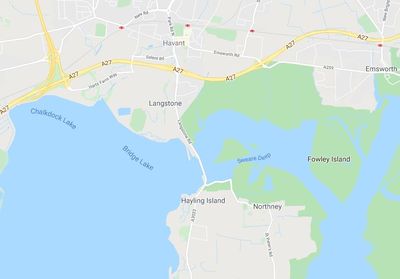 Colin, G4EML demonstrated an early prototype in early November 2019 running on an RPi4 with USB audio dongle and a Pluto SDR enabling NB operation all bands from 70MHz to 5.6Ghz!

The protype was running a touchscreen gui written in c controlling gnu radio. 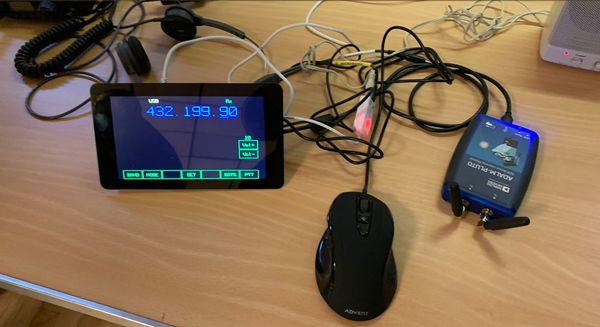 Here is a recent view of the receive screen 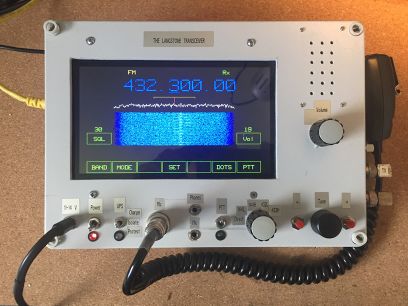 The output power was measured on NBFM. SSB outputs peak near these levels.

It is proposed to use BATC Portsdown band switching and PTT control hardware - https://wiki.batc.org.uk/Portsdown2019_hardware#4-Band_Decode_Switch

Note the external filters, power amplifiers and pre-amps will be required to use the Langstone on the air - these are not considered part of the Langstone project at this time. 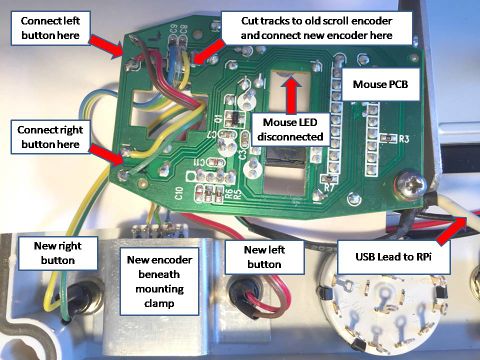 The recommended USB Audio adapter is a cheap (under £5) adapter from eBay like this. 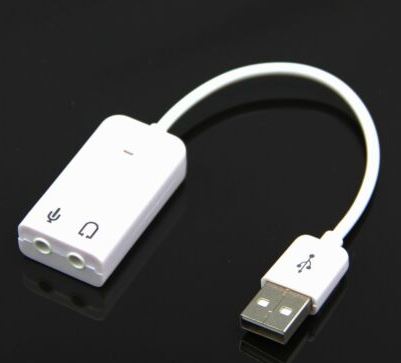 One working example showed up in Linux as:

The audio device is named in the GNU Radio Modules and alternative devices will need the code modfiying before they will work. For the receiver, it is line 74 (this may change) in Lang_RX.py:

and for the transmitter it is line 64 (this may change) in Lang_TX.py

You can find the replacement text for the receiver by running

The entry "hw:CARD=Headphones,DEV=0" is for the Raspberry Pi 3.5mm audio jack output. The subsequent hw:... entry is probably what you are looking for. To get the microphone device name, run

There is no default Raspberry Pi device, so there is probably only one hw:... entry.

For both the transmitter and receiver the audio device sample rate must be 48000. Devices that do not support this sample rate will not work.

Depending on the microphone being used, an amplifier may be required in front of this adapter. The SL6270C is still available (on eBay) as a cheap solution that provides ALC and filtering.

The Langstone software along with easy to follow installation instructions is available on G4EML github.

The project is open source using GNU radio modules and all code is available on Github.

To update an existing installation to the latest version, log in using ssh, paste in these lines (without the comments):

There is a discussion forum about the Langstone hosted on the BATC Forum here: https://forum.batc.org.uk/viewforum.php?f=129

The Pluto comes pre-configured with the IP address 192.168.2.1. If this conflicts with your local network, this Analog Devices web page describes how to change it by editing the config.txt file on the Pluto https://wiki.analog.com/university/tools/pluto/users/customizing?rev=1575147632

If you have used an official Raspberry Pi Case, you may find that the Langstone screen image is inverted. To correct it, simply edit the file /boot/config.txt (using sudo):

Then save and restart.

A special version of the Portsdown software has been developed that allows the Langstone hardware to be used as the basis for a Portsdown DATV Transceiver. Receive using a MiniTiouner is fully functional, and transmit using a LimeSDR Mini seems to work and is undergoing further testing. The special version is know as Portsdown A27 (the main road between Portsdown and Langstone) and should be loaded after the Langstone software. Instructions are here: https://github.com/BritishAmateurTelevisionClub/portsdown-a27 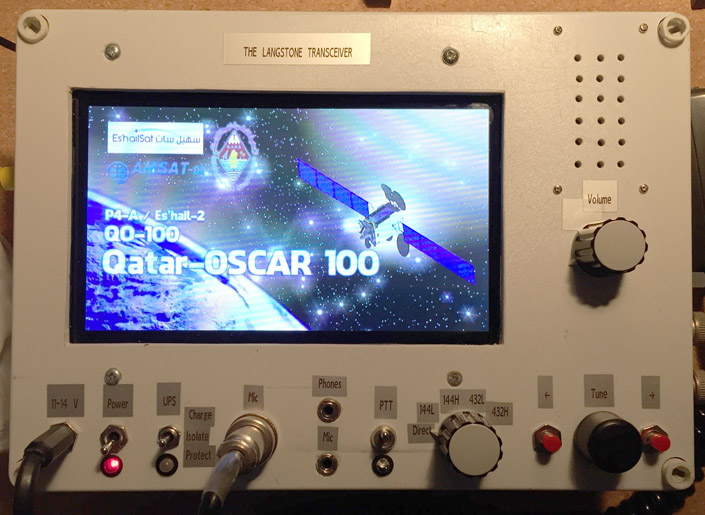 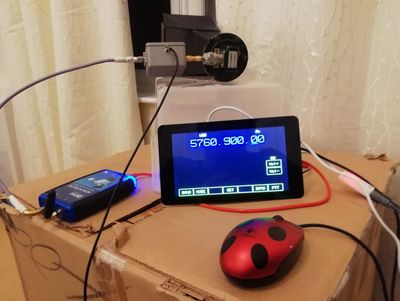 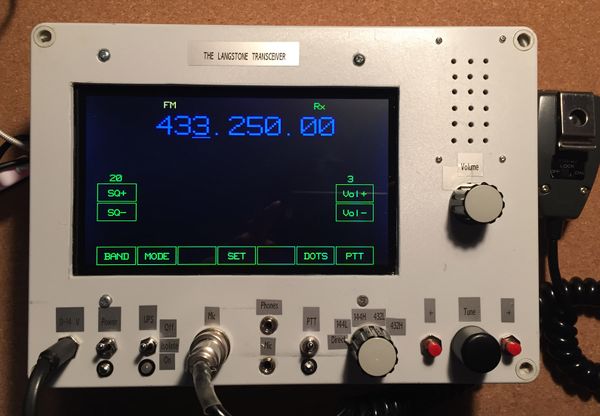