The UK Primary 24 GHz or 1.2cms allocation is 24.000 - 24.050 GHz with the centre of the narrow band operating segment at 24.048 GHz. Wideband operation is centered around 24.025 GHz. In addition there is further secondary spectrum between 24.050 and 24.250 GHz of which the first 100 MHz is not currently permitted to be used in the UK. Consequently the Primary allocation is recommended for all current and future usage.

There are a number of narrow band beacons in the 24GHz band - see this page for an up to date list.

The easiest way to get on 24GHz is to modify 23 or 26GHz telecom link equipment.

A very good example of this is by G1EHF which shows how simple it is to get on 24 GHz. 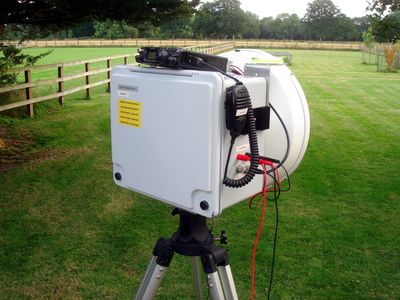 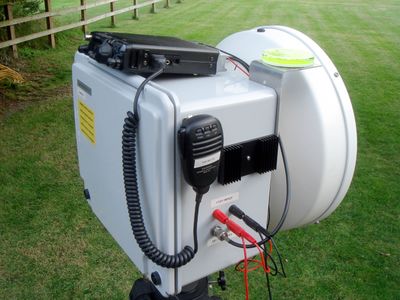 Internally, the transverter largely comprises DMC modules from a ex-23GHz microwave link. The synthesiser and filter have been retuned to the 24GHz band, with the preamplifier, intermediate amplifier and power amplifier connected in series. These are then reversed using a coaxial transfer switch between RX and TX, providing a reasonable noise figure on RX and around 100mW on TX. An MM94P mixer and retuned filter are common to both RX and TX paths.

The transverter runs from a single 12V battery and uses an FT817 on 430MHz as the IF. The antenna is by RFS with a gain of around 36dBi. 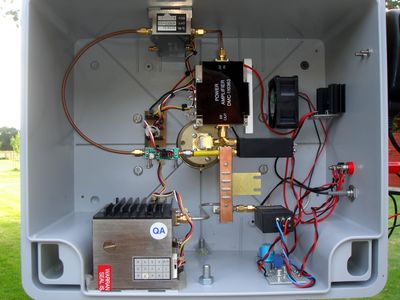 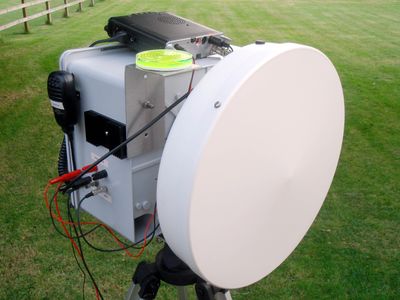 This transverter runs from a single 12V battery and uses an FT290 on 144MHz as the IF. 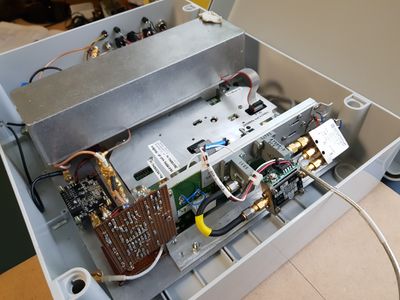 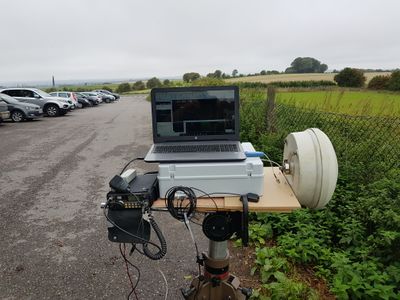 Putting a system together

Perhaps the first thing to get is your dish as this determines the hardware form factor of your system.

Then collect and test the modules, typically these will be:

To operate on the NB segment at 24,048.2 MHz the following LOs are required:

LO generation can alternatively be initiated at lower frequencies with the availability of the versatile Analogue Devices Fractional N Frequency Synthesisers such as the ADF4351 shown below. These fully functional boards requiring just frequency and register programming data can be bought relatively inexpensively from a number of sources including E-Bay sellers. Programming data can be uploaded using a cheap Arduino (Mini) controller to send the required data to the synthesiser registers on power up. The output frequency can be multiplied up to the required LO value although it is likely that for narrowband use a more stable external Frequency Reference source for the synthesiser will be needed from for example, a Leo Bodnar GPS disciplined clock generator or a GPS disciplined OCXO. 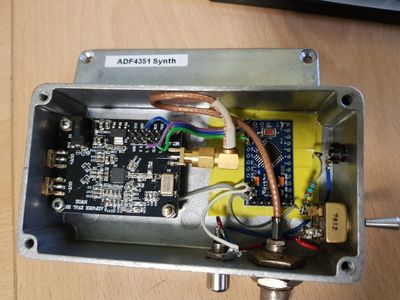 DMC modules are used by a lot of operators and there is a lot of information available on the web:

A very common unit to generate the 13GHz LO (doubled to 24GHz) is to use the Elcom 1201 synthesiser available from ebay.

This picture shows an Elcom synthesiser with the PIC loader that provides the programming data on power up. 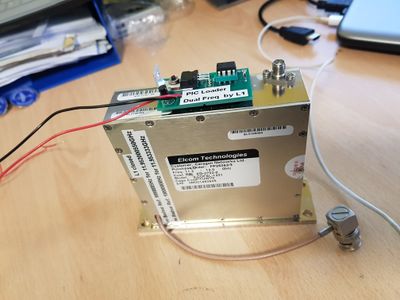 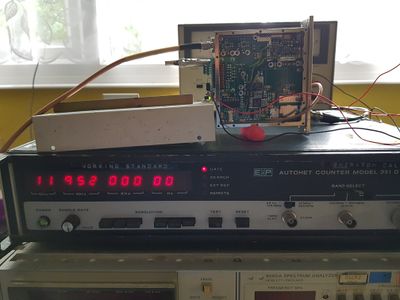 The Nort Synthesized Local Oscillators provide a stable LO signal in the 12 - 14 GHz region at about 14 dBm. These were on sale at HamRadio 2018. More details here: Nort SLO

A lot of Thales / Alcatel equipment appeared on the second hand market around 2010.

MMIC devices are available that can produce around 1W of output power at 24GHz. For example the EMM5832 device. Ready made PA's such as the Toshiba amplifier pictured come available on the surplus market from time to time. However even power levels as low as 10mW can provide useful performance when coupled with reasonable antenna gain. 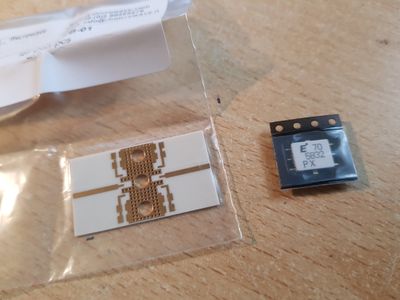 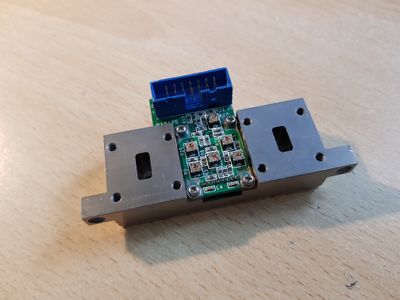